This web page is focused on American war veterans themselves. In addition to the searchable database table of over 2 million names, several other sources are described (and some are linked) below. It is not about the generals and admirals, although the table includes many of those. However, they get plenty of fame and glory elsewhere. This site is about the rank and file of people who have served, whether volunteers or draftees, making up the depth of the forces needed in the times of our wars.

I have written a separate page about heroes and medals, which may be seen by clicking on the button above
(Insert Doolittle page later)

Links to some of the sources I have used, plus sources in printed books, are described below.

Probably the best source of information about the individual American soldiers of the Revolutionary War is the books published by the Daughters of the American Revolution (DAR). These are the result of extensive research, and should be available in major public libraries. As far as I know they are not generally for sale publicly.

Possibly the most famous place associated with the American Revolution is Valley Forge, an encampment outside Philadelphia where the men of George Washington’s army spent a bitterly cold winter early in the war. A searchable database is available at Valley Forge Muster Roll That site will not produce a complete list of every person in their database by a single query, and is limited to 1,000 names per query, but can provide a list of all the persons with a given last name or all of those in a particular regiment (if the regiment had not more than 1,000 members there)

The most decisive engagements of the Revolutionary War were the series of actions around Saratoga NY in 1777. A site containing information about each of the participants in those actions is at Saratoga List

The National Parks Service (NPS), among its other duties, is responsible for the administration and care of the National Battlefield Parks that were the sites of major Civil War battles. Some years ago the NPS undertook a major project involving thousands of volunteers to digitize the written records of the people who served in that war, on both sides. The result of that effort is now on line at The NPS Web Site

This is a treasured resource, but one of its characteristics is that in many cases it lists several names that are actually different spellings of one person’s name. As a result, although about 3,500,000 persons participated in the war, the NPS list includes about 6.5 million entries.

Soldiers of the Great War, is a printed book published in 1920, written by W.M. Haulsee, F.G. Howe, and A.C. Doyle. This publication includes those Americans who died in World War I, listed by state, type of casualty, and rank. These books may be found in major libraries. I found them in the Tampa Florida public library.

At least four states published lists of all of their residents who served in World War I. These books are very detailed, giving quite a bit of information about each person listed. The states for which I have found such volumes are Maine, Maryland, North Dakota and Ohio. I found them in the Columbus Ohio main public library.

Kansas also published a list of its residents who served, by military service and by county, but this publication only lists the names. It was found in the library of the Kansas Historical Society in Topeka Kansas.

The National Archives and Records Administration (NARA) (commonly known as the National Archives) has a website that lists the 425,000 American military people who died in service during World War II, and also lists Navy and Marine Corps personnel who were wounded, missing, or POW. That site is The NARA Site This link takes you to the state index of the Army and Air Force (Army Air Corps) deaths during the war, and has a link to the index of the Navy, Marine Corps and Coast Guard casualties.

A site called Ancestry.com (a pay site) includes the muster rolls of U.S. Marine units (officers and enlisted) for World War II and a much longer period before and after. Their site is Ancestry.com I have so far used this source in finding the names of the Marines who were at Guadalcanal.

Many American war veterans who died overseas are buried in a cemetery in or near the country where they died, especially those who died in World War II. These American cemeteries are administered by the American Battle Monuments Commission (ABMC). That organization maintains a web site showing the names of persons buried in their cemeteries, as well as some information about those people, including their rank, serial number, state, and location of their burial. ABMC Search Site This will not produce a displayed roster. It is a searchable database.

Of the many large Army units in the war, such as the Infantry divisions, most have not posted rosters on the Web, or at least I have not found them. Following are a few of the ones that are available.

A Roster of the Officers and Enlisted Men of the 84th Infantry Division has been published in book form. I found a copy through interlibrary loan.

Three books have been published showing the rosters of the three Marine Divisions that participated in the Battle of Iwo Jima. They are:

These are available in paperback from on-line sources

About 38,000 Americans lost their lives in the Korean War. (Various sources give vastly different numbers.) Information about those persons is included in a site titled Korean War Project. That site is maintained by two brothers in Dallas in honor of their uncle who served in that war. Go to the Korean War Project site

Hundreds of thousands of Americans went to Vietnam in the uniform of their country. I don’t believe there is any public list of all of them. But about 58,000 of them died there or because of their service there. In addition to being on The Wall in Washington DC they are listed by state in a National Archives Vietnam War web site 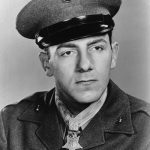 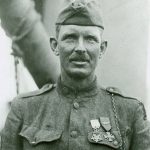 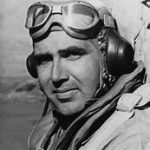 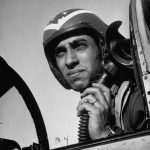 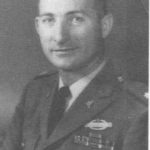 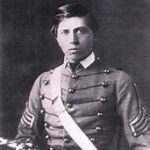 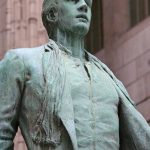